I initially came to post about SUNSHINE IN LONDON (this is a CAPS LOCK BIG DEAL!!) and the alleged beginning of spring (I say ‘alleged’ because I have been burned by imposter warm weather before). But then I thought I’d try my first daily prompt, so inspired by today’s visit to Alexandra Palace, I have created a list of My Top 5 Favorite London Views.

1. City of London viewed from the fields of Alexandra Palace 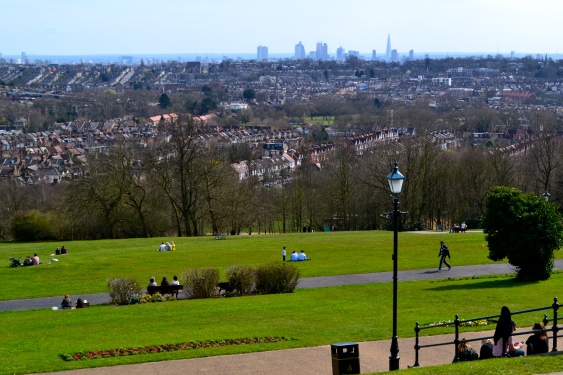 If I squint, I can see the top of Alexandra Palace from my window and have always meant to go. Today was the perfect day, as for once BBC Weather didn’t lie to me and it really did feel like 19C. From my place I took a bus north through Highgate Village to Muswell Hill, which are both situated high on a hill (just in case anyone didn’t pick that up from their names.) Consequently, Alexandra Palace has the most gorgeous, sweeping views of the City of London – the Gherkin and the Shard are there, as well as St Paul’s and even the London Eye. What I love most is that the view also consists of vast green fields and valley-type areas filled with typical London flats – just your average neighborhoods, with people going about their daily lives right next to the financial center of the universe.

2. Whitehall viewed from the National Gallery 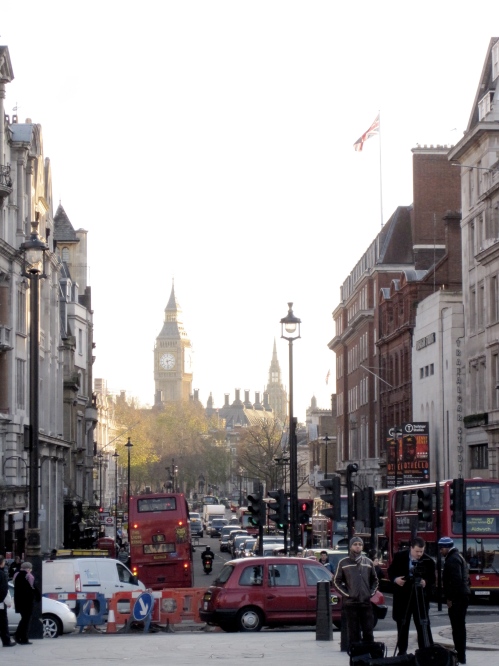 From the steps of the National Gallery, you get this quintessentially London view – Big Ben, Whitehall, double-decker buses, a few Union Jacks thrown in there for good measure. It’s not in the photo, but you’ll also see Trafalgar Square, which I like to think of as being the center of the universe, period.

3. Parliament and the Victoria Embankment viewed from Hungerford Bridge 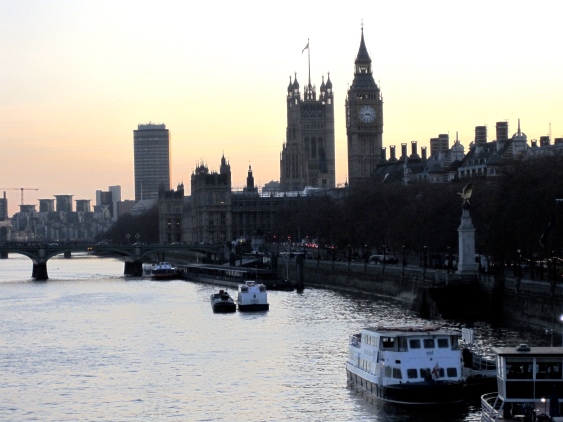 This is a view that’s particularly close to my heart, as it can be see from a bridge that turns into the street I lived on for my first year in London. The night I arrived, some new friends and I strolled a few paces out the door and were faced with a view of Westminster that took our breath away, and kept taking it away day after day, week after week. It was hard to be sad about anything at all that year, having this in my backyard.

4. St Paul’s and the Millennium Bridge viewed from the Tate Modern 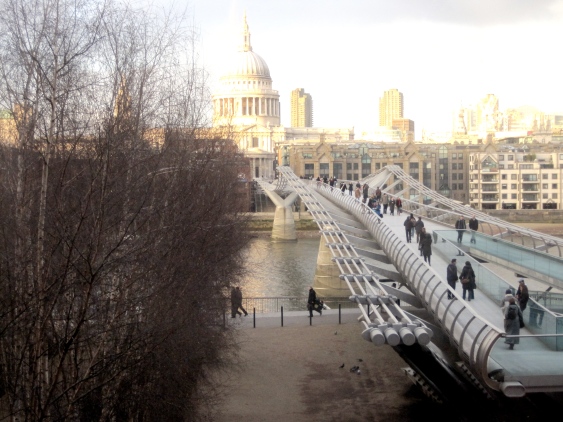 I adore this one, just because I think any photo graced with the presence of St Paul’s Cathedral automatically becomes ten times more beautiful. This is the Millennium Bridge and the Thames as seen out a window of the Tate Modern Gallery. For all the bridge’s loveliness, I can’t help but shudder when I see it because, as any Harry Potter geek would know, it gets blown up in Harry Potter and the Half-Blood Prince (not real life…not real life…) 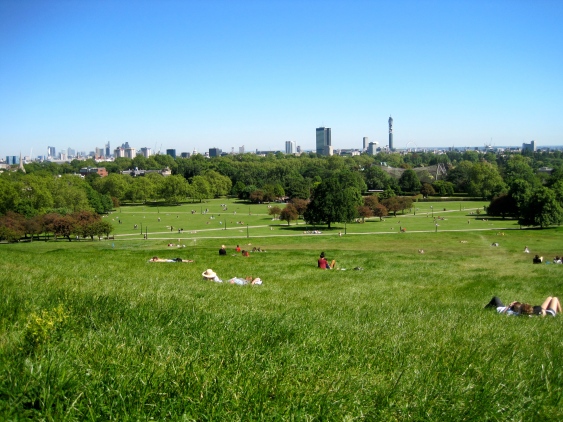 Primrose Hill is for lovers (and for hilarious old sun tanning men with their shirts off, but whatever. To each their own). Primrose Hill to me means warmth, lazy summer days, picnics, and good company – and of course, a wonderful city scape view. Here’s hoping this summer will bring plenty of days like this…!

11 thoughts on “Daily Prompt: The Satisfaction of a List” 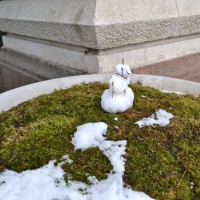 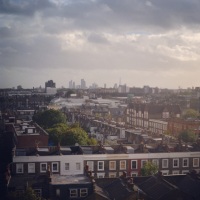 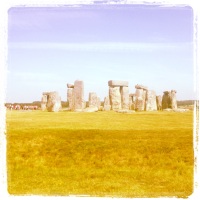 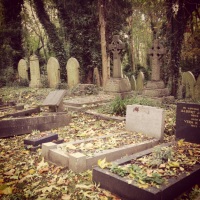 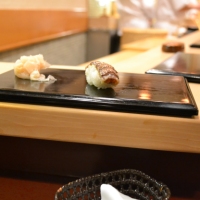 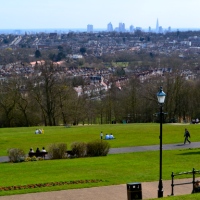 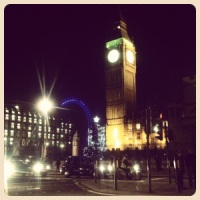 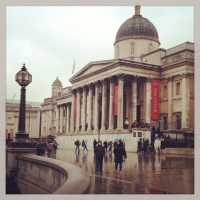 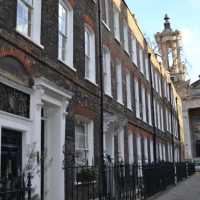